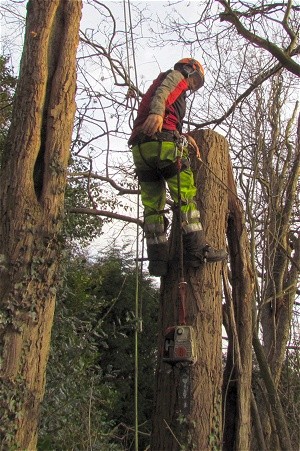 We were asked to carry out some Tree Surgeon work in Stockport. An assessment for the sectional felling of two storm-damaged Poplar trees in difficult circumstance within the rear garden of a property in Bramhall, Stockport.

Several contractors had attended prior to our visit but the owner advised that they had either been far too expensive or were not interested in the work.

The two trees were badly damaged during the storms of early January 2012. The worst of them had been blown sideways into a neighbouring Ash tree, suffering both lateral fractures and compression failure to the main stem.

After determining the safest method to be employed to remove the tree we then discussed the options with the client, provided him with a satisfactory price and agreed to undertake the work.

he tree removal was tricky because access did not allow the use of a mobile crane or MEWP, which are always the safest methods to use in situations where a tree has been badly damaged. Luckily there was a neighbouring Poplar that could be utilised as a primary anchor for the climber’s line. This tree was also in a dangerous state, so before the climber accessed the failed tree the top needed to be removed to avoid excess leverage on the climber’s anchor.

A winch was also installed to the failed tree to reduce/prevent further or complete failure whilst it was being dismantled.

Once all precautionary measures had been put in place the tree surgeon climber started the removal process, working his way up the stem, removing limbs as he ascended. After the top limbs had been removed the stem was then reduced with great caution so as not to expose the failed stem to more shock loading.

Once reduced to a safe height the remains of both trees were then felled in one and the site was cleared, with no damage to the surrounding boundary fences. 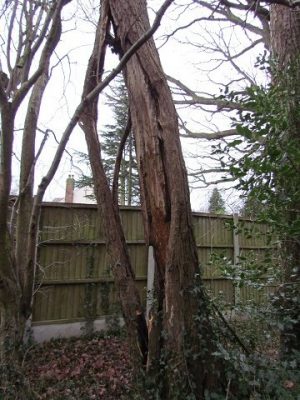 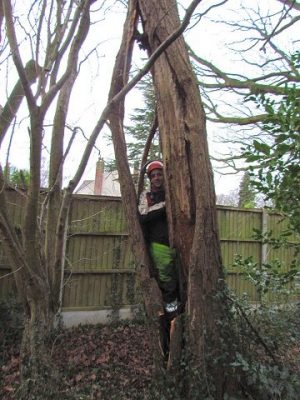 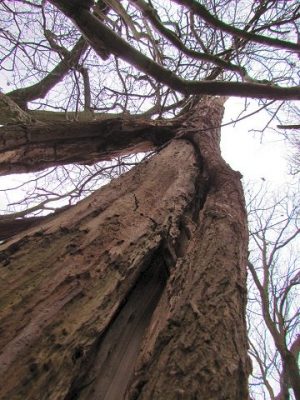 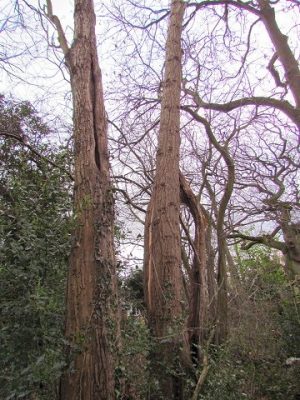 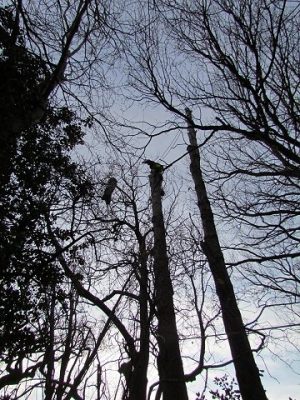 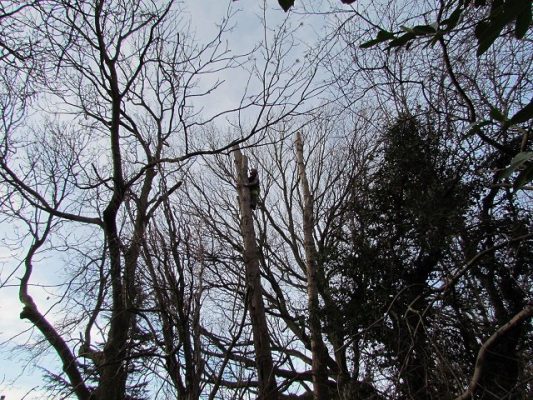 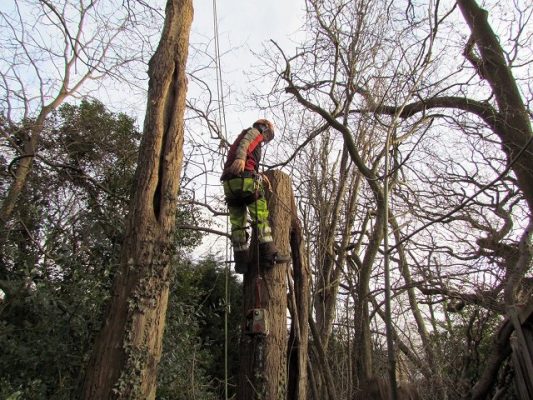 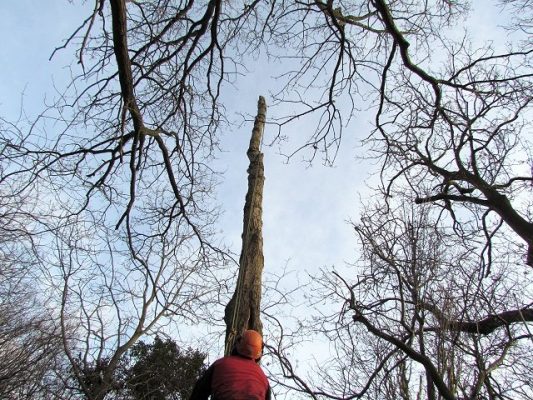