Get A Quote or Book A Site Visit 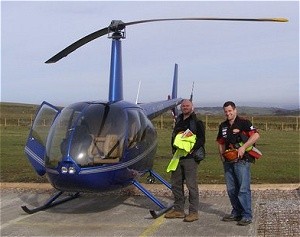 After a period of approx four years without a tree surgeon inspection, the time came for Myers Tree Care’s Arboricultural Association Approved Contractor reassessment. As already stated, keeping up with the relevant changes and improvements and always keeping your paperwork up to date helps enormously. This makes the approval process much easier to manage and implement because you are doing what’s required every working day.

There were some minor improvements introduced prior to the assessment but all in all Myers Tree Care were well prepared for the big day ahead. Tree Surgeon and founder David Myers takes up the story:

At the door at 8am were two of the countries leading experts in the field of Arboriculture and tree care, Bruce Hatton and Liam McKeown. This could be awkward, as they are both very good friends of mine, but there would be no special treatment from them and Myers Tree Care would undergo the same rigorous approval process as all other contractors, which is only fair and professional.

We started in the office and sifted through the paperwork. There was less time spent on this than before, as it was clear that we were on top of it, and this time the criteria was to be more focused on the practical side of the job. Once the inspectors were satisfied with the administrative stuff we left the office and started the journey to the work site.

Myers Tree Care asked to “show what their tree surgeons can do” by AA Inspectors!

When I had spoken to the AA prior to the assessment day, they said to me ‘we want you to show off your business and show us what you can do, not just the day to day pruning’ so that’s what we set out to do!

First stop was at a friend’s farm and on arrival the inspectors noticed that there was a helicopter parked nearby – a Robinson R44 to be precise. They were more than a little surprised when I told them that this was the transport to the work site. No hire cars and flat tyres this time!

We set off from the top of Mellor and headed for the Derwent Reservoirs to give them a dummy run of the “Dam Busters” (I’ve done it several times now and it’s well worth the trip). We then headed over Castleton and Edale and up over Kinder Scout, which was flown at low level to experience the speed.

Once clear of Kinder the pilot circled the work site, which was located at the foot of Kinder in Hayfield, and then approached and landed nearby. At this point the inspectors were more interested in the helicopter than everyday tree surgery work but after a five-minute walk to the site they had recovered their composure.